Haiti - "Neither hybrids, nor GMO’s, but farm saved seeds" 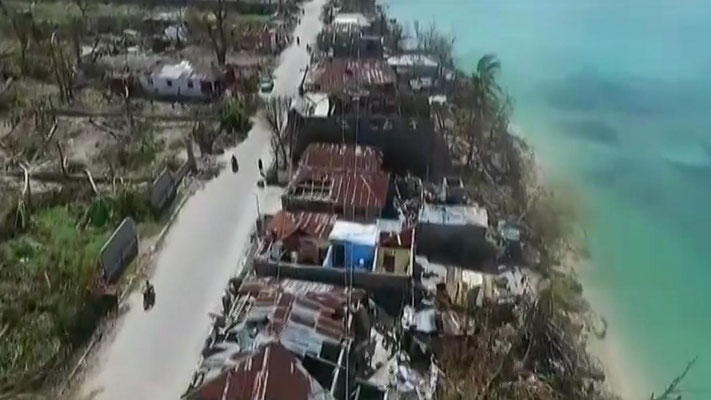 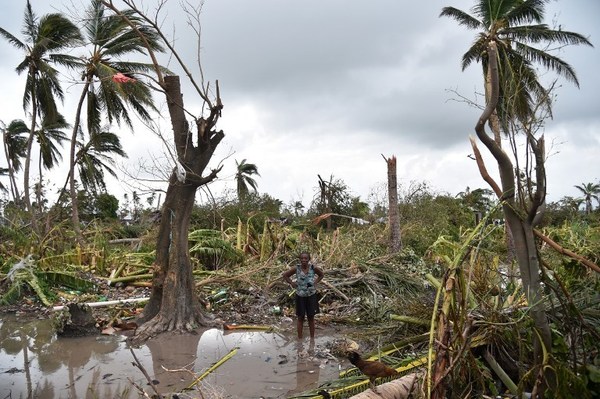 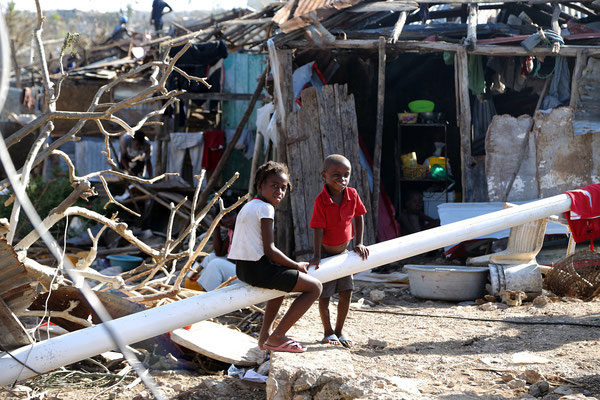 Q– What is the farmers’ situation after cyclone Matthew ripped through Haiti? The western media mention the risk of famine.

JBC- Before cyclone Matthew, the situation of peasants families was difficult because last years’ draught destroyed 80 % of the crops. The farmers were thus in a severe food insecurity even before cyclone Matthew. The NFSC (National Food Security Council), a state institution which usually underestimates the reality, said four million people were in a state of heavy food insecurity in July 2015. We do estimate that eight million people – the majority of which paradoxically lives in a rural area – suffered from hunger last year. The cyclone has thus worsened an already critical situation.
As it is, we now have to speak of a food catastrophe. And famine has settled in the areas most affected by the cyclone.
Matthew has destroyed the entire agricultural production of six out of ten departments of the country. Three other departments are partially affected. The next months, hunger will be very harsh.

Q– On the farmers’ behalf, are there any needs (urgent or not) and what are they? Is there a need for seeds or not ? Media mention the seed distribution.

JCB– At this moment, it is the very survival of the majority of the peasants families which is at risk, not only because of hunger, but also because of the diseases. Cholera is wrecking all the departments devastated by the cyclone, and more specifically four of them. As this is a very contagious disease, it might spread rapidly if nothing is done.
After the phase of extreme emergency with its need for food, drinking water, clothes, drugs, provisory accommodation, farming families will have to start agricultural production again, though the soils are totally eroded. Families will need agricultural tools, beans, maize, finger millet and vegetable seed, but also manioc, potato, sugarcane, yam, banana cuttings etc.
The most urgent seeds are the beans, maize and vegetable seeds, because we rapidly have to produce food. As everything was carried away by the water in the areas touched by cyclone Matthew, we absolutely need to distribute seeds.
We can buy farm saved seeds in the least affected departments of the country, but we can already tell this will not be enough to supply the entire country.

Q- Concerning external help, do you fear the post-earthquake scenario will happen again – when Monsanto tried to get its commercial seeds in Haiti?

JCB- We do indeed fear the 2010 scenario to happen again, when after the earthquake Monsanto gave the country a poisoned gift of 400 tons of hybrid maize seeds… But Monsanto being the King of transgenic maize seeds, it is hard to find non-GMO Monsanto seeds. The Farmer Papaya Movement launched a campaign against this project both on the national and international levels. But we are not fools. The danger is ever-present with american NGO’s working in the field.
It is not unlikely that some organisations or companies take advantage of this crisis situation by distributing commercial seeds, which have a negative impact on farm saved seeds, because they are either hybrid or GMO’s.
That is why we consider the possibility to import seeds from Cuba or Brazil or other latin-american countries where farmers’ organisations defend local seed that can be reproduced. Unfortunately, Haitian farmers’ organisations do not have the financial means to import these seeds.

Q- What do you specifically expect the international community to do to help Haitian farmers?

JCB– The agricultural sector’s needs are huge after this disaster. Small scale agriculture must be relaunched, fruit trees and forests must be planted again. Even before the cyclone, forests were already quite inexistent in Haiti ; today work needs to be done to repair the soil and to protect it.
We do not expect the international community to do this, because developed countries’ aid is not neutral. It often aims at eliminating a small-scale agriculture and small farmers. But we do hope for the solidarity of farmers’ organisations on the international level. They can help us to get farm saved seeds, agricultural tools, to create fruit and forest trees nurseries etc.
Some solidarity NGO’s can also contribute to these programs.
Every kind of help to face the emergency situation is also welcome : for instance drugs against cholera, products for water treatment etc.

Q– Is there a national legislation concerning GMO’s?

JCB- No, there is no leglislation on GMO’s in Haiti.