In February 2014 the New Caledonian Governement voted a regulation which makes forbidden to import GM papaya seeds. This text is applicable since August 2014. However this news passed almost unnoticed: no debate on the issue... Are there GM papaya in New Caledonia ?... READ FULL TEXT and SIGN the petition 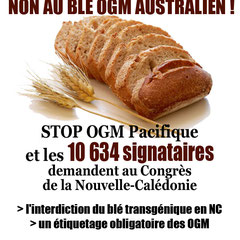 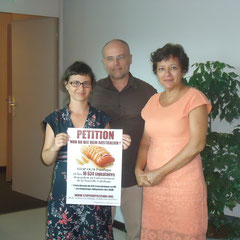 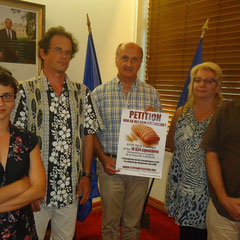 NO TO AUSTRALIAN GMO WHEAT!

New Caledonia imports more than 95% of its wheat from Australia for the production of bread, pastries, and pasta...

In July of 2002, two Greenpeace activists destroyed some of the GM wheat trials, highlighting the following arguments:

Wheat consists of the main agricultural production of Australia and two thirds of the wheat produced is for export. It is the sixth largest wheat producer and fourth largest exporter globally. The commercial cultivation of GM wheat is expected for 2015, which will make Australia the first country to commercialize transgenic wheat.

The GMO labeling regulations passed by the Government of New Caledonia in February 2014 does not prohibit GMOs, which may pose problems to public health. The application of the labelling regulation is scheduled for 2017. It is imperative that this regulation be re- examined and passed by Congress.

By signing this petition: