Need of a state on GMOs in Pacific...

The development of GMOs throughout the Pacific region is contrasted

According to current knowledge, four situations can be described :

The competence to regulate on economic and agricultural matters was transferred to the local authorities of New Caledonia and French Polynesia from the previous control of France. Therefore, French and European regulations have not been extended to these territories. The Cartagena Protocol, ratified by France, does not apply in New Caledonia and French Polynesia either.
However, despite their ability to put forth such an initiative, neither territory passed any regulations regarding GMOs.
In terms of trade, many products are imported from Europe, Australia, New Zealand, Asia and the USA. For example, New Caledonia imports 99 % of its wheat from Australia, a country that plans to export genetically modified wheat in 2015 (which is being tested outdoors).
Additionally, very few seeds are produced locally, most of them come from Australia , Asia and Europe. New Caledonia imports its papaya seeds from Hawaii.

In both French Polynesia and New Caledonia, like in the other islands of Melanesia, Micronesia and Polynesia, traditional agriculture has a strong cultural dimension: the roots (Yams, Taro) take part in the rituals of trade and cultural exchanges between tribes.

The situation in Wallis and Futuna is yet to be studied in detail.

Australia and New Zealand have common regulations on GMOs regarding product marketing and labeling. Growth of GMOs is regulated. To date, there are no commercial harvesting of GMO products in New Zealand but tests are taking place (including in forestry). GMOs are cultivated in Australia (mainly rapeseed and cotton) and many tests are conducted, some of them outdoors.
Australia and New Zealand represent very strong economic partners for many island nations in the Pacific Region. Several associations and foundations are conducting evaluations and campaigns against the spread of GMOs in both countries.

According to current knowledge, only Tonga has implemented biosafety regulations.

As a U.S. state, Hawaii is an open field for experiments.
There have been over 5000 experiments undertaken in the region. The University of Hawaii has developed several varieties of transgenic papaya (resistant to a specific virus), and filed a patent on a genetically modified taro. GM papaya is grown for commercial purposes. It is currently being sold. Its fruits and seeds are exported as well.
Anti-GMO activists and organizations are very active in Hawaii.

The spread of genetically modified organisms has never been included in the General Secretariat of the Pacific Community program.

Here is an extract of the final declaration :

In relation to agriculture, water management and terrestrial biodiversity in a background of global change in the Pacific:

We recommend that PICTs (Pacific Island Countries and territories):

51. Develop and maintain participatory and inclusive water governance processes (develop negotiations with all stakeholders). Within this process governments should work with local authorities/land owners and also to engage communities in these water management efforts.
52. Promote the development and financing of Pacific-wide water, agricultural and biodiversity data observatories accessible to all.
53. Develop, promote and protect traditional sustainable farming practices. This includes the development of local seed production capability and adoption of regulations to manage risks to these vital food security systems (e.g. GMO contamination, biosecurity).
54. Establish a monitoring mechanism for GMOs in the Pacific region.
55. Promote the principles of participation, and the right to environmental information in PICTs on legal biodiversity protection systems.
56. Promote the principle of non-regression in the legal protection of biodiversity. 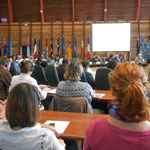 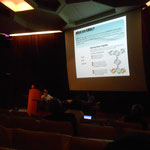 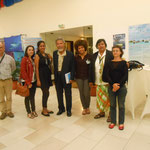 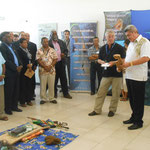 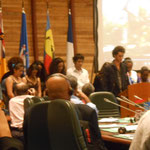 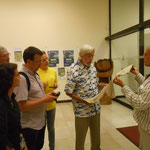 Here find the map of the australian field trial sites :

An article in the daily Les Nouvelles de Tahiti  to read online: http://www.lesnouvelles.pf

“Following the publication of the results from the French scientific study on the risks of GMO, questions on presence and monitoring of GMO food on our territory need to be asked. An issue French Polynesia is not yet managing…”